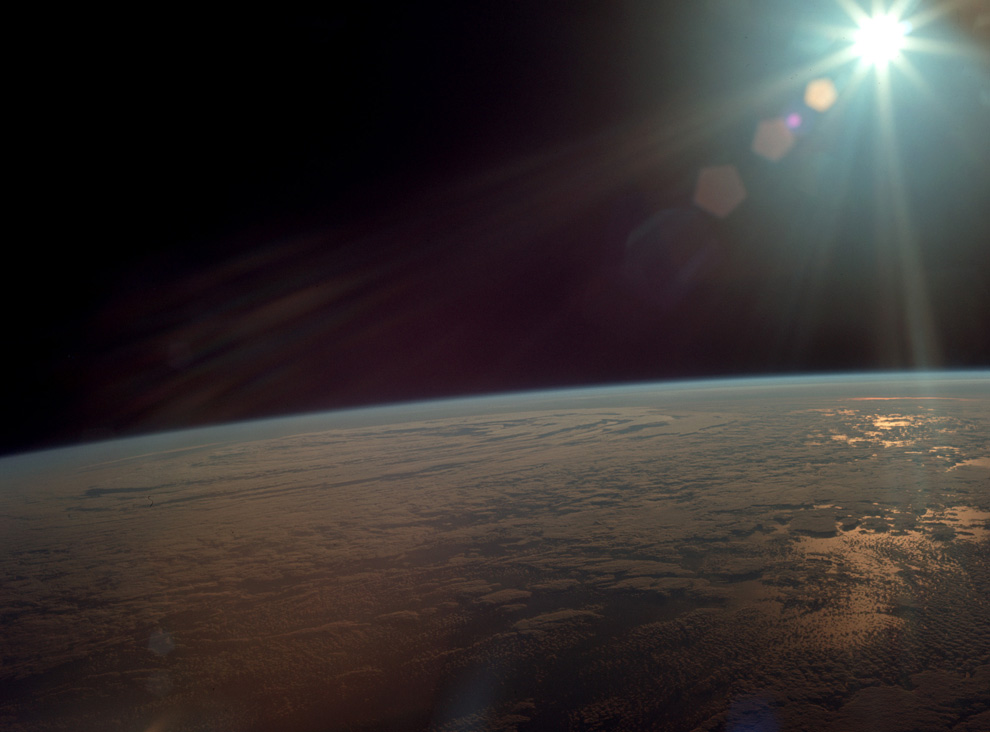 This is what I fell in love with only in Black and White. Picture taken 11 minutes after Apollo 11 launched on 16 July 1969.

My story about becoming vegan starts really when I was five days from being 6 years old in 1969.  After I watched the moon landing I was moved somewhere deep inside of me when I saw the Earth from space. This is my earliest memory, 20 July 1969.

Awesome ~ I was one of the 500 million people who watched this... Wow!

Something woke in me and I started seeing the world around me in a different way, especially nature.

Even then I didn’t want to eat animals but I was forced to and only when I became an adult and after struggling with the whole meat-culture I turned vegetarian 17 years ago.

In June this year I was involved in a facebook campaign against dairy cattle and calf abuse and after learning about it and just how much they suffer, on the 14th June 2011 I decided I could give up dairy once and for all. I am 48 now and only wish I had had the knowledge and understanding years ago, but I was put off by all the negative press and comments about veganism.
This was a hard decision to make to be honest as I am a very keen gym bunny and I wasn’t sure how I was going to get all my proteins from plants and become a ‘Vega’ (that’s what I call myself to people).

I found an amazing book by Robert Cheeke called Vegan Bodybuilding & Fitness and I have NEVER looked back. Here’s a picture of me taken in August 2011, I had been vegan for 10 weeks and I think I look fit, well and happy! 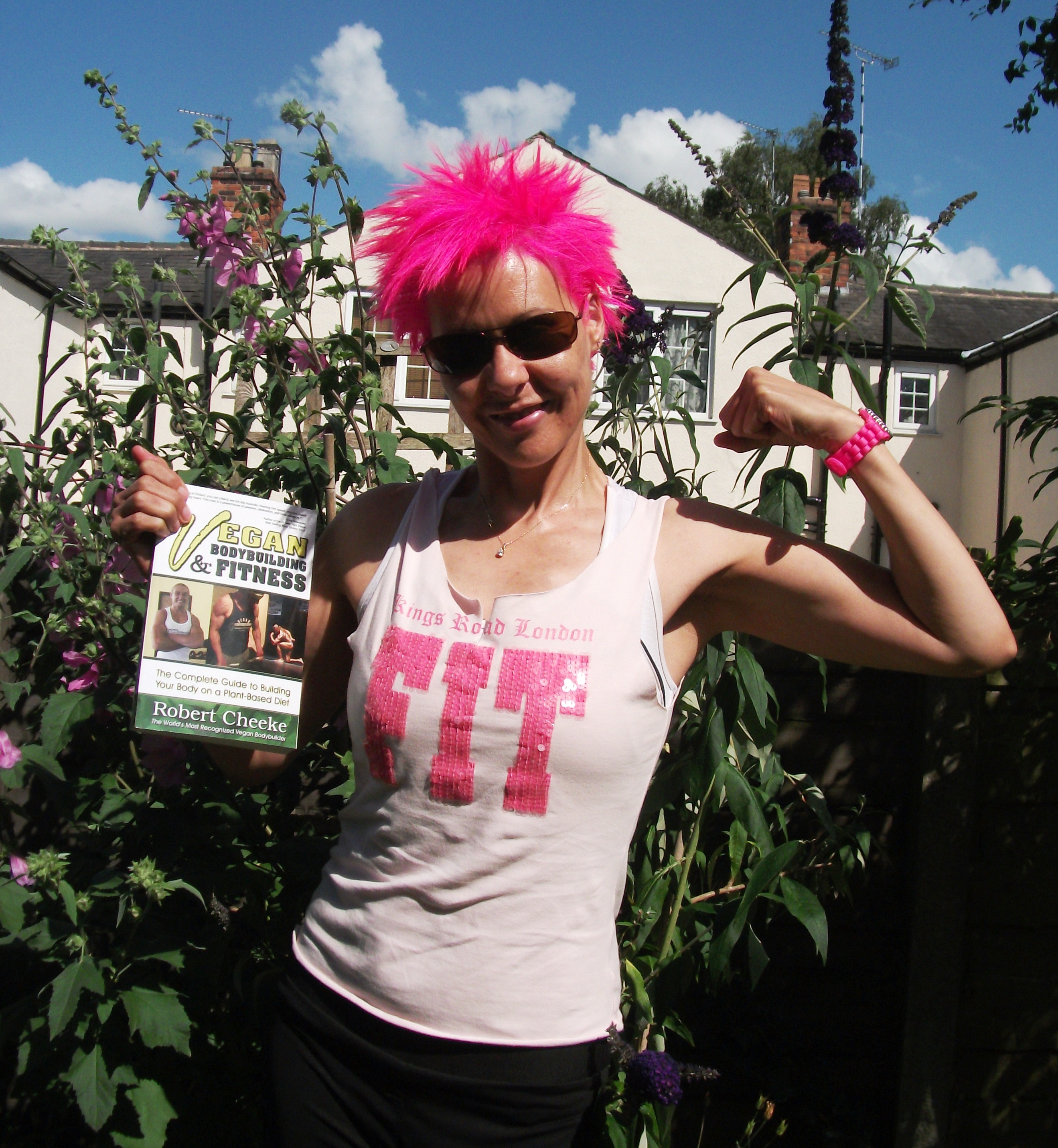 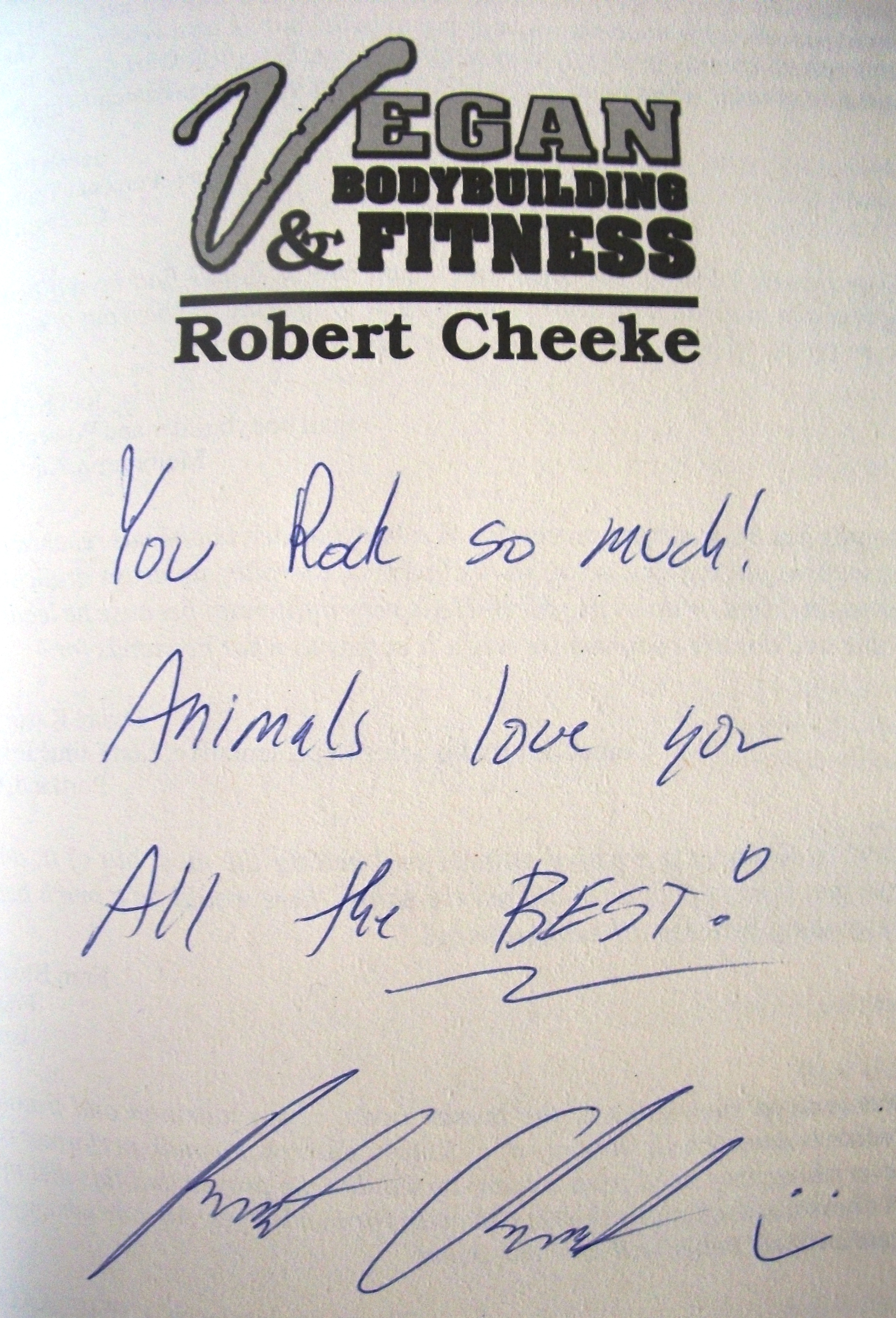 Robert is an amazing guy & total inspiration to me

is, and at all the vegan fairs in the UK they have a vegan bodybuilding show. I do not feel alone and get encouragement from these amazing guys.

So, within 2 weeks of being dairy free people started saying how clear my skin had become, and the small spots I had on my chest have all gone! So it appears I was a tad lactose intolerant anyway!

What does being a vegan mean to me? I can honestly say that since I have become a vegan my life is better! I have more energy, I am happier as I know that none of my fauna brethren have suffered for me and people tell me I actually glow. I am proud to be a vega and I enjoy educating people about my life-style and positive well-being as a vegan.

And what does the future hold? I am currently doing my Masters in Environmental Governance at The University of Manchester in the UK and I am heading for a career at UNEP in post-disaster and post-conflict environmental recovery and I am interested specifically in peacebuilding (http://www.unep.org/disastersandconflicts/), once here I know I can be an advocate for animal welfare and feel that being a vega tells people that I’m serious.

Medium term though, I had an interview in April 2011 as a volunteer for next years Olympics here in the UK and I have been accepted as an Olympic Games Maker working in the Technology Team. I have already contacted the organisers to tell them I am a vegan and need vegan trainers. That should make them think!  I was also nominated by friends to carry the Olympic Flame when it comes through Manchester in June 2012 and I am through to the final round, I find out in the next few weeks if I am one of 8000 blessed people to carry the Olympic Flame and at that event I hope I get an opportunity to further animal/earth rights.

Finally, to anyone whether vegetarian or meat eaters, it is okay to go vegan, yes you have to change your diet which at first is a bit of a challenge, but the benefits will make you feel so awesome. There is so much help out there, for example https://www.vegsoc.org/ who have people who can tell you about a vegan diet.  We are in an elite group of people with a heart for animals and the planet and the only advice I would give you is never criticise those who aren’t vegan, we are all on a different journey and yeah… take an iron supplement!

I wish you well and if I can help you in any way or offer encouragement please get in touch at email@candacejames.com or @CandaceJamesUK

Have a very happy Vegan Christmas, and may The Creator bless you and yours.

25 thoughts on “Being a Vegan”