Pink-lobbying is a word made up here at 626 to describe talking to political and economic leaders about the environment. It is taken from the concept of Pink noise or 1/f noise.

Pink noise is an infrasound found in nature in both living and non-living systems, it is the bridge that connects both. It is created in the brain of humans, the heart, neural activity and found in statistical structures such as DNA and images from the natural world.  It is also the sound made by oceans/seas, waterfalls, some animals, aurorae, lightening and astronomical bodies.  It has been observed in physics, technology, biology, astrophysics, geophysics, psychology, economics, language and music.

Pink noise should be also tagged to politics too and called Pink-lobbying, which would be the sound environmentalists make to speak on behalf of the Biosphere.

Pink noise is also a central element in quantum mechanics and the chaos theory, which suggests intelligence and organisation. Democritus said that the motion of atoms unifies all things in nature and it could be argued that when Descartes said “I think, therefore I am” it should therefore be applied the Biosphere. Tell us what you think.

If you feel you want to contact your Councillors, MP, MEPs, MSPs, or Northern Ireland, Welsh and London AMs for free then here’s a website for you to Write To Them www.writetothem.com. You can also write to a Lord because they get a vote in parliament at www.writetothem.com/lords. I write to the ones who have the same birthday as me and who share environmental interests.

If you are in the USA here’s where you find your Representative
https://writerep.house.gov/writerep/welcome.shtml

The Law of Ecocide – this campaign is being run by Team Polly Higgins. Polly has worked very hard for the last 7 years to make Ecocide a crime.

We want it to be the 5th crime of genocide, a crime against peace and a law to bring restorative justice for the biosphere.

You can join the campaign by signing up and the website will explain it all to you http://www.thisisecocide.com/ 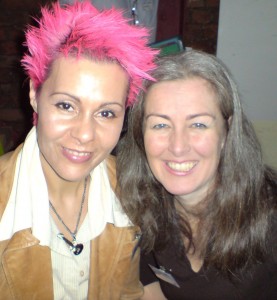